Since the day we started, we’ve firmly believed that playgrounds bring a range of benefits to both communities and children. In recent years there has been a range of initiatives to highlight the importance of outdoor play, but this wasn’t always the case.

As such, whilst celebrating our 25th anniversary we decided to look back over the years, at how playgrounds have slowly transformed from single campaigns to a becoming a national priority.

Although there is no firm date attributed to playgrounds being invented, it is believed the concept originated in Germany in the 19th Century. Fredrich Frobel, a German teacher, and author, first proposed playgrounds as a developmental aid to instill fair play and good manners into children. These playgrounds were generally erected in connection to schools, and acted as the school playgrounds we know today.

The first playground that was purpose-built to serve a community, however, was built here in England. Officially opened in 1895, Philips Park is based in Manchester – not far away from the RTC offices. The park is still open to the public today and many of its original features remain.

After World War 2, community play areas were once again brought to the fore. Lady Allen of Hurstwood is affectionately known as the godmother of play – and for good reason.

During the second world war she became involved in with children who had been displaced or orphaned. Discovering the treatment and conditions orphaned children were commonly kept in she highlighted the issue to The Times. The huge response to the letter resulted in the passing of the Children Act of 1948, which aimed to improve the conditions and care of children. 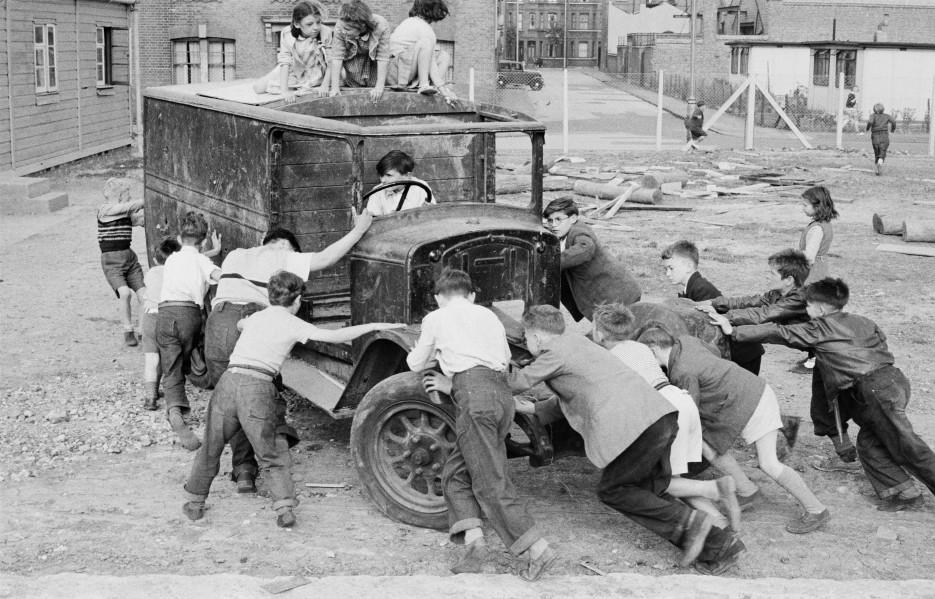 It was during her travels that she came across the ‘junk playgrounds’ in Denmark, where children could play with loose parts such as sticks, boxes, and ropes – a contrast to the more traditional playgrounds that were being designed.

On her return to the UK, she campaigned for ‘Adventure playgrounds’ as she called them to be created on bombsites.

Her campaigning led to a number of adventure playgrounds being opened in urban areas throughout the 50’s. During which time she also re-designed the concept to include children of all abilities.

These could easily be viewed as the starting point for the inclusive playgrounds we see today.

As outdoor play became a national past-time for children, the 1980’s so a range of laws and legislation coming into effect to help children avoid being injured. Up until then much of the play equipment had been made from galvanised steel ladders and chains.

After the laws were introduced, steel was changed for wood or plastic and stone surfaces were replaced with safety surfaces such as the wet pour and rubber mulch we know today.

From the 1980’s it was only a short leap to 1993 when RTC was founded, with a dedication to children’s safety and the importance of play.

With over 25 years of experience, our team is on hand to answer any questions you may have. 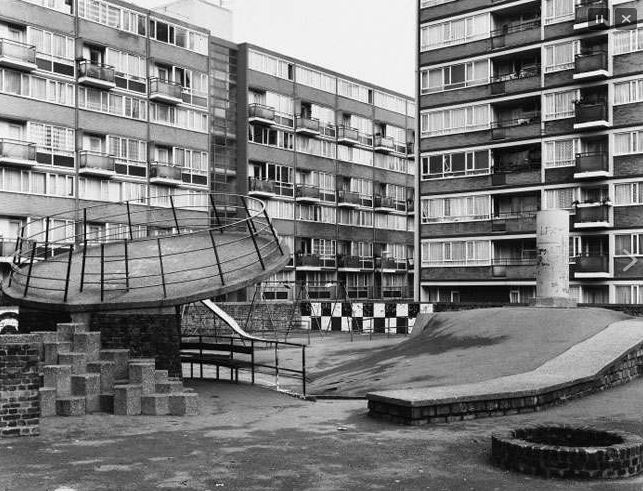