Road markings and rivers are some of the most popular graphics in playground surfacing – and with good reason! They may seem simple, but they can have a striking visual effect and are great fun for children.

That is how we know the students of Rigby Hall School are going to love their new playground! Working on behalf of Playdale, we were asked to install over 900m² of wet pour safety surfacing at depths varying between 20mm and 80mm.

Rather than a simple single lane roadway (which can be great for smaller areas) the school opted for a road with two lanes, two zebra crossing and a roundabout at the centre. By creating such a ‘busy’ road the children will get the chance to learn how traffic flows on roads and roadabouts, as well as how to use the crossing carefully and respectfully.

We also installed a blue river that meandered its way across the playground, including green lily pads and culminating in an ‘island’ – a great place for sitting and watching the world go by!

Rigby Hall School was keen to promote the schools key values; as such our team put their in-house training to the test and installed the play area with phrases such as “Mutual Respect,” “Individual Liberty” and “Valuing Every Achievement” written within the surfacing.

The project was based in Worcestershire, 135 miles away from our head office and was completed in twelve days, ready for the start of the new school term. 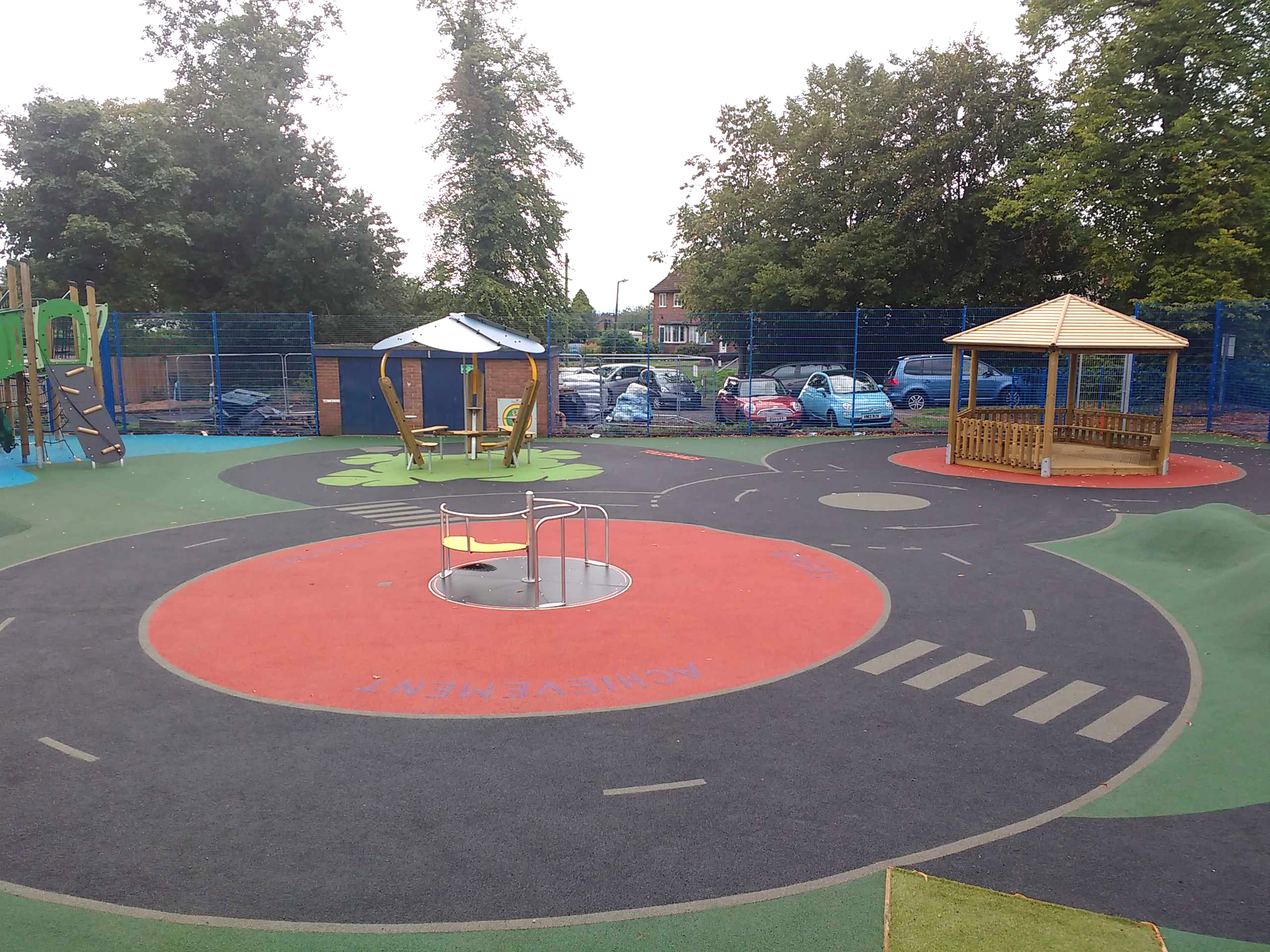 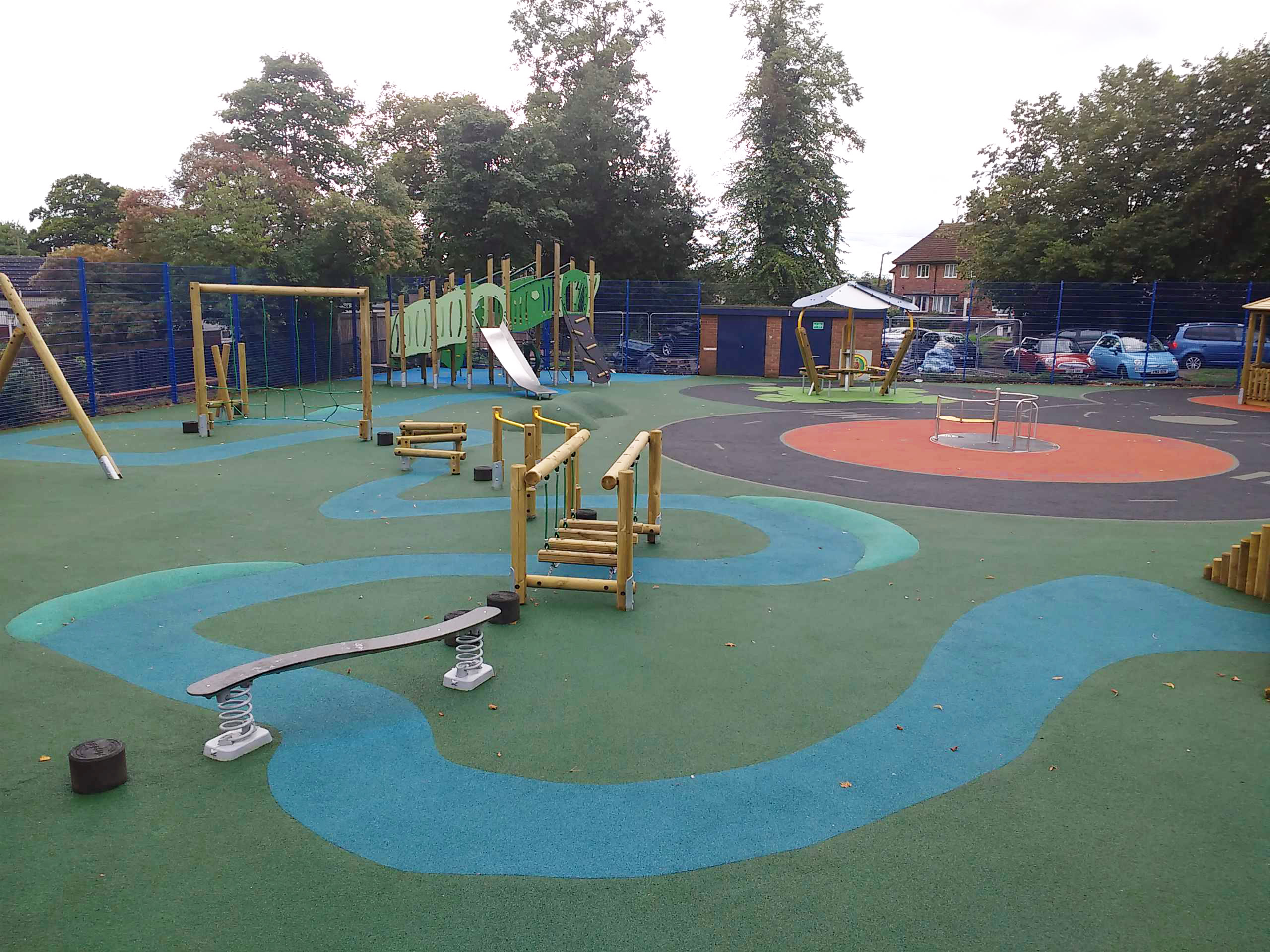 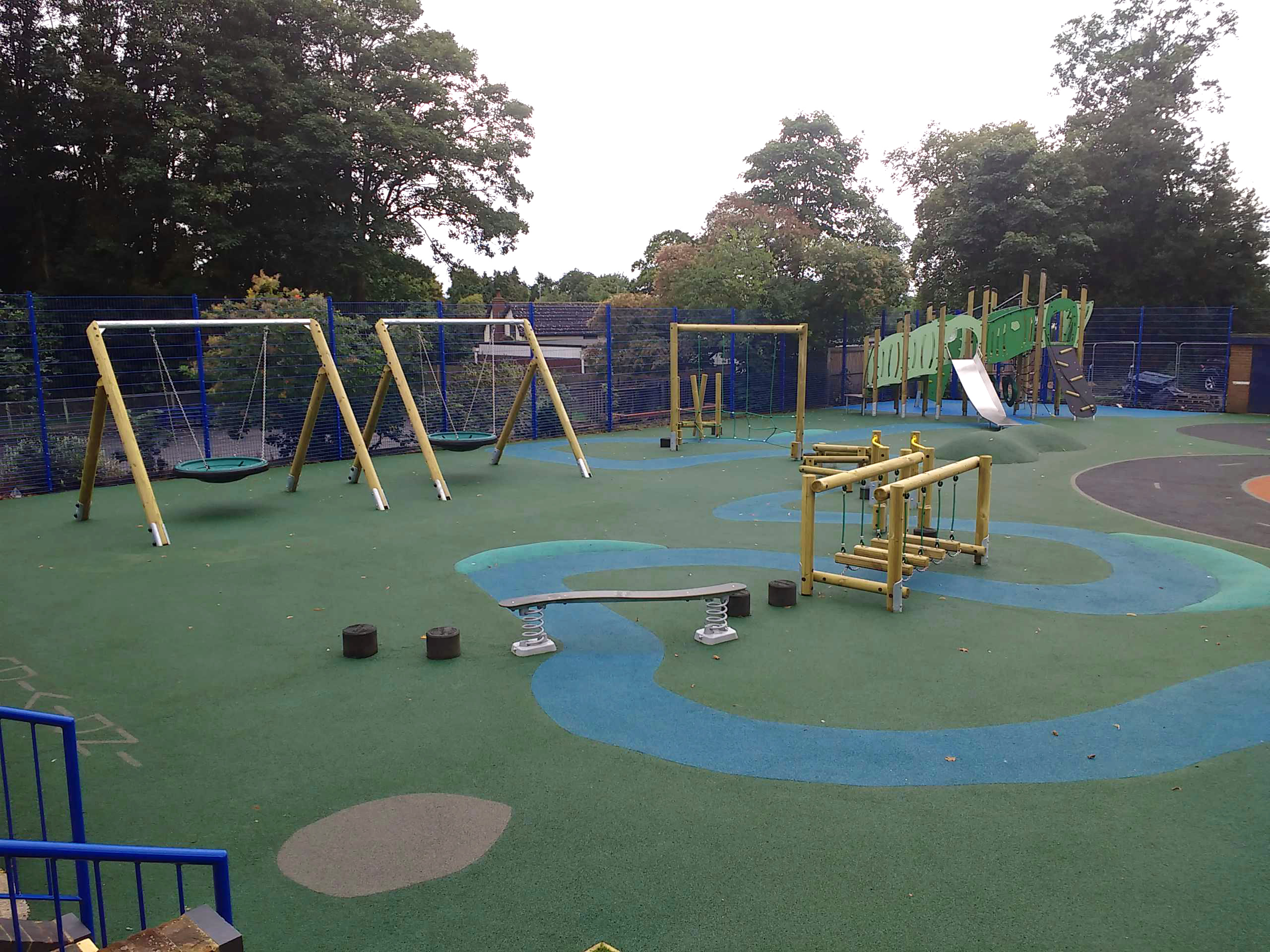 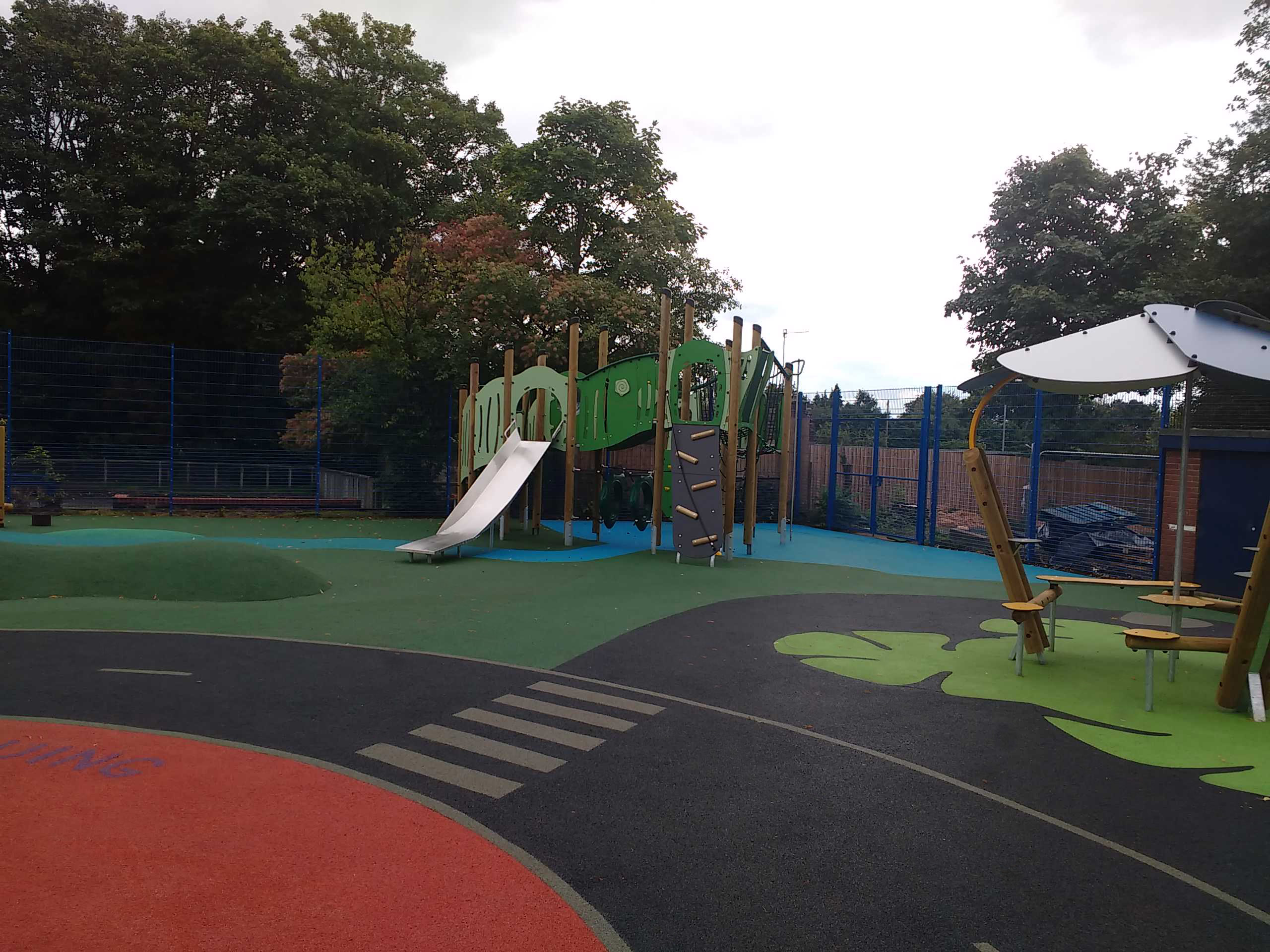